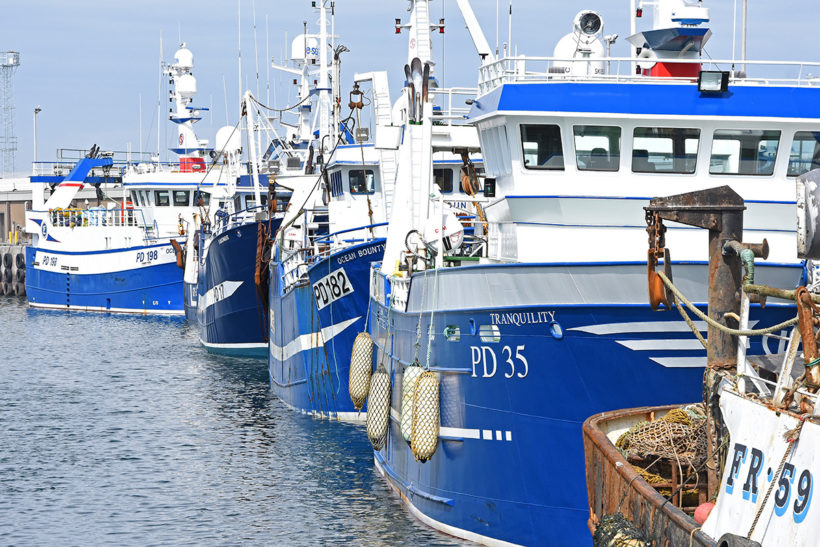 Scientific advice for the 2023 catches is for significant increases of some important species in the northern area, with many recommendations confirming what fishermen have reported across the grounds in the last 12 months, reports Tim Oliver. The advice for North Sea cod is a catch of 22,946 tonnes – an increase of 44%.

Welcome, as this recommended increase is, it comes against the backdrop of three-year cuts, meaning the 2023 TAC is likely to still be a bit out of line with the abundance skippers continue to experience on the ground.

A huge increase of 160% is recommended for haddock on the northern shelf. ICES says the 2019 and 2020 year classes for the stock are the largest since 1999, reflecting the huge number of small haddock that has been abundant both on the coast and offshore. Much of this has been left uncaught due to poor prices for these smaller fish, with skippers steaming further out to shore in an attempt to find a larger number of fish. The TAC advice may be updated in November.

Northern demersal vessels should also benefit from recommended increases in saithe on the northern shelf (19%) – of which quotas have been under pressure, following further fishing across the line this year – and for hake (5%).

On the west coast of Scotland, ICES again advises a zero catch of cod, saying that the biomass of the recruitment and spawning stock remains very low. However, advice suggests that northern coastal and offshore stocks may be linked to cod stocks in the northwestern North Sea – something skippers also believe, as they especially find plenty of cod on the north coast, where skippers continue to spend time and energy avoiding large shots.

The Clyde cod saga looks set to continue, with all the consequences for the Clyde fishing fleet, after a year of knee-jerk control and closures. The advice was that this would probably be a separate subpopulation, possibly linked to the stock in the Irish Sea. Lack of data means that there is not much firm advice available, which means that no decisions can yet be made for 2023.

An increase of 131% is recommended for whiting west of Scotland, and a slight decrease for the west coast and northern North Sea megrim of -2%.

In the southern North Sea, where the majority of flatfish stocks are, the advice is mixed. An increase of 5.8% is recommended for plaice in the North Sea, where the spawning stock biomass increases after several years of decline. Recommended cuts of 40% in North Sea sole, with a recommended catch of 9,152 tonnes, reflect continued catch reports from a large part of the fleet on the English east coast, where sole remains largely absent, where recovery from pulse fishing is hampered by mud prey, aggregate deepening and other activities.

ICES will provide further advice in the autumn on Rockall megrim, monkfish, Norway lobster from the North Sea and west coast, ling and witches and on most of the major pelagic stocks (blue whiting, Atlantic-Scandinavian herring, mackerel and horse mackerel). 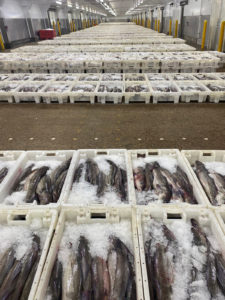 Peterhead merchant Graeme Tallis reflected reports from skippers across the Northeast, and last week posted this image of haddock landed by Venture BF 236, which he described as the ‘best shot of haddock I’ve seen in years’. Fishermen in the Northeast may be concerned about fuel prices and the capacity of fish processing companies, which are facing a continuing shortage of labor – but the fish themselves seem to be doing well.

Scottish industry leaders qualifiedly welcomed the Council on the increase in 2023 TACs, but expressed reservations that despite the rise in cod TACs, it was an increase from a very low level after a number of years of cuts.

Mike Park, executive director of the Scottish White Fish Producers ‘Association, said he was pleased with the proposed increases in TACs, but expressed concern over the researchers’ delay in recognizing increases in stocks. He said Scottish skippers had reported ‘almost a mini-gadoid eruption’ in the North Sea, similar to the unexplained explosion of whitefish stocks in the North Sea that was experienced in the 1970s.

“The disappointing element for us is that science always seems to identify an increase a year after fishermen do it,” he told Fishing News.

“So while we’re seeing an abundance of land in the form of big fish, it’s not coming out in science and the TACs until the following year, which is always negative for fishermen.”

The 44% increase in the cod TAC was, although welcome, an increase from a low level after three years of cuts, he said. “But it’s definitely necessary for next year given the abundance we see on the ground.”

There was also concern that there is no recommendation for an increase in the western Scotland cod TAC. “We believe the west coast stock is in line with the cod stock in the northern North Sea, and scientists also seem to agree,” said Mike Park.

“North of the Butt of Lewis, and further north, fishermen see large quantities of cod similar to what we see in the North Sea, which would make you think it is one and the same stock. We hope the benchmarking will take it up next year and we will see a TAC on the north end of Scotland’s west coast recognizing the increased biomass.

“Our fishermen see great abundance and trapping of good big monks on the grounds. They are looking for an increase in TAC and it will be disappointing if that increase does not show through.”

“A 44% increase in the North Sea cod quota, as recommended, would obviously be good news, and so would a 19% increase in the saithe quota,” said SFA chairman James Anderson, skipper of the whitefish trawler Alison Kay.

“But we must not forget that steep cuts in quotas for species such as cod in recent years should never have happened in the first place. We have seen plenty of cod and saithe on our land over a three-year period with sharply reduced quotas, and even with next year’s increases, we will still be far from reversing the totally unnecessary damage. ”

SFA CEO Simon Collins said the fishing industry was determined to work with researchers to improve the quality of the data used for stock assessments. “The Northern Fishing Alliance, which represents fishermen from the UK, Norway and Denmark, is already working with ICES on cod science and will look at other species in the near future.

“We can not continue to operate our fishery on the basis of uneven or non-existent data, and we intend to play a full role in addressing these shortcomings. Science that makes the best of fishermen’s knowledge is the only real guarantee for the sustainability of our fish stocks and the communities that depend on them. “

Researchers are due to brief industry representatives south of the border on the 2023 ICES Advisory Service next week (19-20 July).

NFFO CEO Barrie Deas said it was important to distinguish between scientific advice and management decisions on final TACs, where fisheries managers need to take into account a wider range of factors, such as the socio-economic consequences of changes in catch limits.

“Last year, the TACs for whiting and haddock in particular were kept artificially low to reduce the pressure on cod, because cod is considered to be caught in connection with these species, so the logic is that you keep the TACs for these associated species down. ,” he said.

Regarding the problem of the difference between the scientific advice and the fishermen’s experiences on the ground, such as with cod in the North Sea, he said that a proposal is now being prepared to deal with these, which will be ready for the next meeting in January d ICES and fisheries stakeholders.

“The idea is to scrutinize the handful of stocks where the industry’s views are completely different from those of scientists. It does not prejudge who is right and who is wrong – I think that is positive in several ways.

“It is clear that it is good to know from an industry point of view that the industry’s perception of the share is taken seriously.

“The very fact that ICES speaks in these terms also suggests that for most stocks there is no controversy most of the time. It is an important development and it is important that it goes through.”